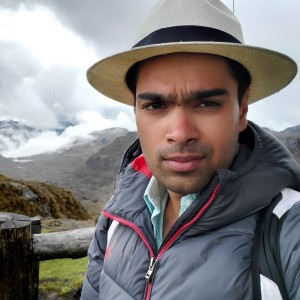 By now solar has become a known concept in the market. Everyone knows that putting a solar panel on your house can help reduce the energy you buy from the grid. However, we have recently seen the advancement of how this technology of solar has joined into a new and modern electric grid.

Micro-Grids and Distributed Energy Generation have become some of the hottest topics in the solar industry because of the growing demand for solar & green power in the industry. However, rarely do people know that microgrids are still a decade away from becoming a reality and for it to arrive with all of its benefits – homeowners across the country need to begin to transform their homes into Nano-Grids.

Simply put it is a small version of the massive electric utility grid. All those utility poles you see when driving that are transporting power from 100s of miles away to your home to charge your phone, car and other appliances must be shrunk all the way down so homeowners don’t need to depend on power from far away.

The best part is that most homeowners and properties that have some form of solar, an inverter and maybe a battery or backup generator have all of the key components that make their home a “nano-grid”. But the software to make the home operate as a nano-grid still doesn’t exist today.

Fundamentally, if you install a solar + battery storage system that allows you to operate off-grid 24/7 without any grid support you have a nano-grid of sorts, but, it is quite costly and it can result in heavy inefficiencies of power usage at your home. Think of it as buying a Ferrari F-430 because you needed a car to go from your home to the grocery store – it works, but, its not the best way to get to the grocery store and then transport that food back…

Which is why we – at TouchLight – defined the 5 different tiers of nano-grids and how you can get involved in the process towards shifting your home toward becoming a nano-grid.

Look at this graph of an average home in New York. It, like most other homes, has peaks and valleys in energy usage throughout the day. Specifically using more power during the morning – while getting ready to start the day – and during the evening – when you are winding down from work.

This results in “load curve” which means you need extra power during the morning and evening. However, from a nano-grid perspective you have to consider a few things…even if you don’t have solar or storage yet.

Things that can help with this is using services like utility API, buying an eGauge Energy Meter or even buying smart thermostats may help with load flattening.

This where things like smart thermostats, smart plugs and other internet connected appliances become immensely valuable. Load shaping is the process of reprogramming how any given appliance operates in order to reduce electricity consumption or shift electricity consumption to a time when power is cheaper. A simple example of this would be turning on your AC at 3 PM vs 5 PM – the cost of electricity is significantly cheaper at 3 than it is a 5.

Meaning if the utility needs to cut back energy usage they will have the right to turn off your thermostat whether you like it or not.

Naturally this sounds terrible because saving a little bit of money on your electricity bill doesn’t really justify giving that comfort up. However, companies like TouchLight solve that by giving you full control and work around your preferences to help you become a Nano-Grid. This way you still save, the utility doesn’t get control over your home and you are load shaping to prepare your home to become a nano-grid.

Load shaping is critical as not only does it ensure you are using more energy in the morning and less energy at night when solar or renewables aren’t available, but it can save you money on utility bills without sacrificing comfort.

About 2 Million people currently are “Tier 3 Nano-Grids” in the USA. 2 Million homes in the US have already installed solar – which partially covers their energy usage. In certain cases people will misunderstand that producing more power than you need and sending it back to the grid is classified as “covering your full energy usage”

A lot of these net metering programs are either getting killed or actively being reworked as the utilities are unable to handle the power coming from these small solar systems.

With companies like TouchLight you can achieve partial islanding by shifting energy usage to the morning to use more of your energy at your home as opposed to shipping it off to the grid. Partial coverage of your morning energy usage is a great first step towards building out a nano-grid. Most solar installers can help you explore the best options when it comes to picking out the right size for solar.

Batteries or a backup generator will work, but since we are focused on going 100% green we are going to only consider battery backup for now.

Energy Storage is a critical part of becoming nano-grid as it helps ensure that you can break free of the grid entirely. If you’re looking for energy storage options – the best ones on the market are currently from Blue Planet Energy [Premium] and LG RESU10H [Affordable].

Now when approaching sizing a battery for a nano-grid the trick is to go through the follow pre-flight checklist:

Tier 4 Nano-Grids are still really rare in the market, but with resilience efforts becoming common a lot of people are beginning to make the investment. However, it is still cheaper to buy a backup natural gas generator – but who knows how long those will remain popular.

The one we all were waiting for – 100% self-sufficiency. This is the aggregation of solar, storage, load shaping, and load flattening all into one beautiful resilient package. Where now you become your own little grid that is in full control of your energy.

For properties that are 100% Self-Sufficient it doesn’t mean you are living beneath your means and joining the group of super efficient small home adventurers. Self-sufficiency is determined by the following:

Nano-grids are everywhere and with the ever reducing cost of solar, rapid push for renewables grid wide and heavy amounts of money moving into the space for grid modernization people need to understand where they are on this curve.

For us to have a successful transition to clean & sustainable energy nano-grids are going to play a huge role and the best part is that not every property needs to be a Tier 5 Nano-grid.

So where are you in this curve and what would incentivize you to turn your property into a nano-grid?